CEE HydroSystems recently worked with Survey and Planning firm Newton Denny Chapelle (NDC) to cover a stretch of river requiring a hydrographic survey near their office in northern New South Wales. Already offering a wide range of land-based survey services they were looking to expand their hydrographic capability and expertise and this survey task was seen as a great opportunity to investigate CEE’s echo sounder systems.

The compact, rugged and waterproof nature of the equipment in use was ideal for the vessel of opportunity used, and the intermittent heavy rain showers provided further opportunities to demonstrate the equipment’s value. After arriving at the boat ramp, the survey crew were up and running quickly with the sounder operating with NDC’s Leica RTK equipment via Bluetooth link to perform the survey. After a couple of checks to test the settings in use were correct, everything was underway. Initially the CEE-LINE was deployed and later the CEE ECHO. With the same transducer interface, the changeover was easy without any need to change the transducer or mounting system. While running along the river it was easy to jump ashore and grab the required points to fill in the gaps without the logistical challenge that would have been involved accessing over land.

By the end, the surveyed distance totaled 66km. Improved survey coverage and efficiency was a notable feature apparent to NDC who would have been travelling much slower collecting far less data using their existing techniques. As the river closed in, the benefit of being able to review the data to ensure the position, height and depth was suitable with anomalies quickly discarded in processing.

The bathymetric data set was then combined with the land survey data set that was being collected to give a more complete picture of the shape of the river to the client working on a larger project. In all a successful trip and NDC are now looking forward to the next opportunity to conduct a high quality hydrographic survey. 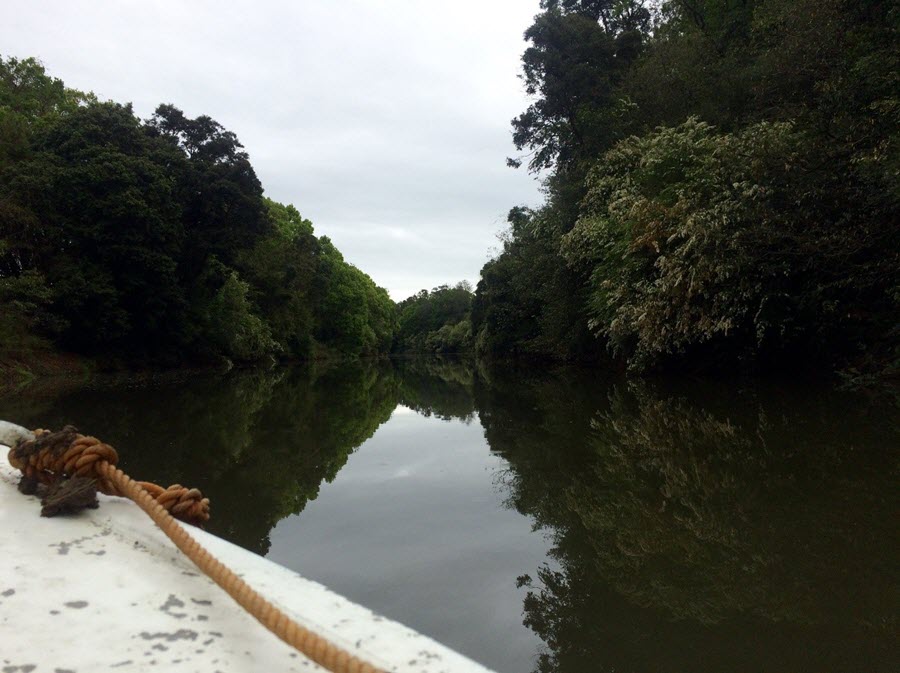